Having dry, chapped hands in the cold winter months is one thing but having dry patches of skin, or even rashes across your skin, for no apparent reason could be an indication that you are suffering from some sort of allergy. Here at Dr. Barry Goldman’s office, we use patch testing to help identify the sources of your rashes or skin irritations. But what is patch testing and what does it not do? Let’s take a closer look at some myths about this form of testing.

The last thing that patch testing is, is painful. However, many patients do suffer from itching, inflammation, and skin irritation but it’s usually just annoying and not anything more.

It’s fairly common for patients to confuse scratch testing with patch testing. Scratch testing (which we don’t do at our office) is done in-office in under an hour by making small scratches on your back and then placing allergens on it to determine what you’re allergic to. Patch testing, on the other hand, works by placing allergens onto patches and then placing them on your back and taping them into place. The patches are then removed after two days and your skin will be examined for any possible reactions.

Once we have performed your patch testing, there are two possible outcomes: we will see what you’re allergic to or nothing will come up. If we are able to identify what allergens you are responding to, then we can create a plan to help you avoid them.

Are you ready to take the steps to see what you’re allergic to? Schedule your appointment with Dr. Barry Goldman at our New York City office and call us at 212.962.1115. 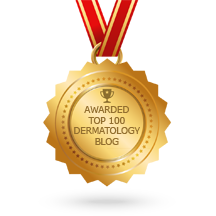